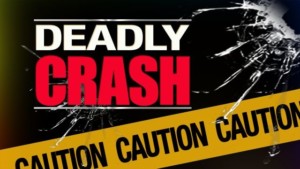 ACCOMACK COUNTY, Va. — Virginia State Police a car crash in Accomack County that claimed the life of a Temperanceville man.

Police say the accident happened around 12:35 a.m., on Lankford highway, just north of Parks Road. The driver, identified as 43-year-old Matthew Mitchell, was traveling northbound on Lankford Road, when for unknown reasons, he drifted off the roadway and struck a ditch, causing the his 2006 BMW to overturn. Mitchell was ejected from the car in the process.
The 43-year-old was pronounced dead at the scene from his injuries sustained in the crash. Police say at this time, it’s unknown if alcohol was a contributing factor in the deadly crash.
We’re told notification was made to next of kin. Matthew Mitchell, was of the 28000 block of Saxis Road, Temperanceville, Virginia, and 43 year old at time of death.
Categories: Local News, Virginia
Tags: accomack county, fatal crash, lankford highway, lankford road, matthew mitchell, parks road, temperanceville, virginia, virginia state police