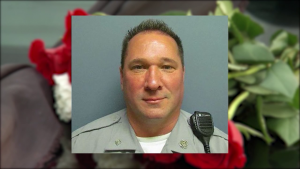 HEBRON, Md. – Saturday, May 22, American Legion post 237 will be holding a fundraising event for not just the late Corporal Heacook’s family,  but for the other two victims of the tragic night, Steve and Judy Franklin.
The event will be a ‘Ride with Brothers in Arms” event in honor of the officer and the survivors. Those who wish to participate will leave from Rommel Harley Davidson in Salisbury at noon and ride to American legion in Hebron.
We’re told from 1 to 6 p.m. there will be food, raffles, a DJ and a bounce slide for kids. All of the proceeds will go to Corporal Heacook’s family as well as the Franklin family.
You can learn more about even on facebook by clicking here.
Categories: Delaware, Local News, Maryland
Tags: 47 abc, abc, april assault, because local matters, Cpl. Heacook, franklins, fundraiser, local, news, police, wmdt