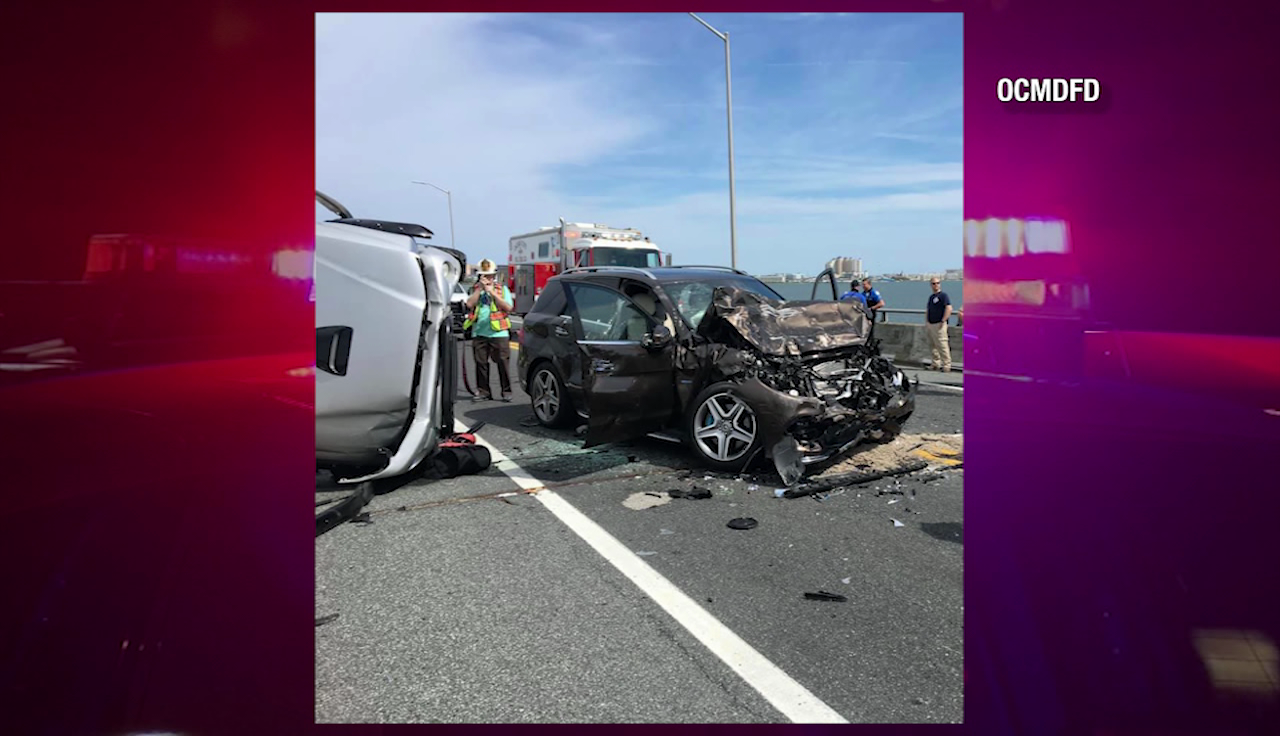 We’re told the crash involved five vehicles and sent eight people to the hospital, including a 2-year-old child who was ejected from a pickup truck with her car seat, landing in the Bay below. A witness jumped from the bridge into the bay and rescued the child, who was flown by Maryland State Police Trooper 4 to John’s Hopkins Hospital.

The investigation is ongoing by the OCPD’s Traffic Safety Unit due to the complexity of the crash. Preliminary investigation shows that multiple crashes may have occurred.

At this time, all of the individuals taken to the hospital have been released, with the exception of the 2-year-old child, who we’re told remains in stable condition at John’s Hopkins Hospital.

The Good Samaritan has asked to remain anonymous at this time.