Police arrest a man after hit and run 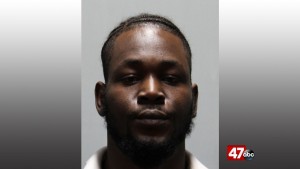 LAUREL, Del., — Delaware state police arrested a Bridgeville man after they say he hit another driver’s car and then fled the scene.

Police say on Tuesday around 8 p.m., 29-year-old Gerson Adaquin was driving on Seaford Road when he crossed the center line and hit a chevy work van then drove off.

Then later on, police say they saw the suspects vehicle stopped on railroad tracks on South Poplar Street and made contact with Adaquin. That’s when police say they smelled alcohol on him and so a DUI investigation was started.

Police say Adaquin was then taken into custody after resisting arrest.

He now faces charges that include resisting arrest with force and driving under the influence.