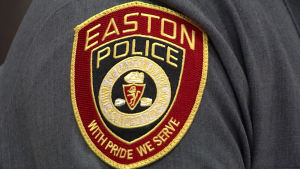 Police say they were called to the area of 411 E. Dover St. for a welfare check. Officers found 38-year-old Zachary Scott Orr from New Castle, DE in his vehicle.

Police found out Orr had a bench warrant for failure to appear from Pennsylvania. Police then took him into custody where he was charged with possession of CDS not marijuana, two counts of possession of paraphernalia, and CDS possess admin equipment.

Orr was transported to the Talbot County Detention Center where he will be held until his extradition to Pennsylvania.