UPDATE: Motorcycle crash claims the life of a Delmar man 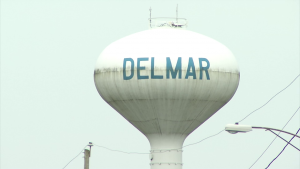 DELMAR, Del. – Delaware State Police are investigating a fatal motorcycle crash that claimed the life of a Delmar man. Sunday, March 7, 2021, a little before 3:30 p.m., a 2018 Suzuki sport-style motorcycle was traveling southbound on Sussex Highway, approaching the intersection of Allen’s Mill Road in the left lane.

A 2005 Ford Escape was stopped at a posted stop sign on Allen’s Mill Road, waiting to cross southbound Sussex Highway and travel north. The Ford moved from the stop sign directly into the path of the Suzuki and was unable to avoid the collision.

The front of the vehicle struck the left rear of the Suzuki in the left lane. The force of the impact caused the motorcycle operator to be ejected, and the motorcycle immediately caught fire after coming to rest. The Ford came to rest in the merge lane to northbound Sussex Highway.

The crash remains under investigation by the Delaware State Police Troop 7 Collision Reconstruction Unit. Anyone with information regarding the collision should call (302)-644-5020.