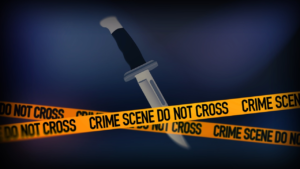 We’re told officers responded to the area of West Road and Olivia Road in Salisbury, Monday night around 10 p.m.

Wicomico County Sheriff Mike Lewis tells us that the victim was treated for one stab wound at Peninsula Regional Medical Center and has been released.

Sheriff Lewis also tells us they do have a suspect and there is a warrant out for his arrest for assault and attempted murder.

As of this morning, Sheriff Lewis said they were still looking for him.