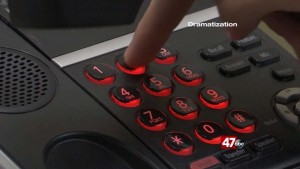 Police say on Wednesday night a county resident called police saying she received a call from a man claiming he was with the Maryland State Police and asking her for a monetary donation. The woman did not give the man any personal information or money. When she gave police the phone number and they attempted to call that number, we’re told they were sent right to voice mail.

Police say this is a reminder that they do not ask for monetary donations, and nobody from the department would ever call residents asking for money.

Anyone else in the area who received a call can report that to the Princess Anne Barrack by calling 443-260-3700.