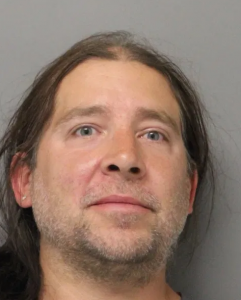 We’re told on Thursday morning, officers responded to Quail Hollow Drive in Dover for reports of a disturbance. Once on scene, police say they learned that a woman and her two daughters rented a room from Raymond Labeau inside of a home. Another tenant in the home apparently slammed a door, which made Labeau mad.

When he started yelling, police say a 16-year-old girl asked him to calm down because he was upsetting her 8-year-old sister. That’s when police say Labeau threatened both girls, and then got what was believed to be a black handgun, and placed it against the eight year old’s head.

We’re told the mom then broke up the argument and when police arrived, they say they found a bb gun handgun replica. Labeau was arrested and now faces charges that include aggravated menacing and terroristic threatening.