Police arrest a man after a traffic stop in Dover 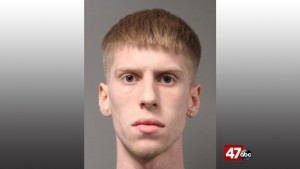 Dover, Del. – A man is facing charges after police say they found drugs and over $100,000  of suspected drug money in his car.

Police say on Monday afternoon, they stopped 22-year-old Samuel Schuman after he apparently failed to stop for a red light.

Once stopped, police say they smelled a strong odor of marijuana coming form the car which led to a criminal investigation.

As a result of the investigation, police say they found a handgun, codeine liquid syrup, over two pounds of marijuana and $100,000 in suspected drug money.