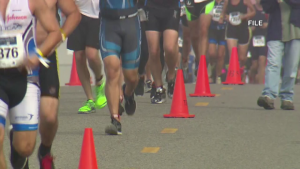 SALISBURY, Md. – It’s no secret that this past year has been a year of taking advantage of virtual reality. One group is using the concept of virtual to continue their event, a 5k run to help raise money for The Minds in Motion Children’s Museum.

The Almost-Famous New Year’s Day 5k Hot Chocolate Run, was held on New Year’s Day, starting at 12 a.m and ended at 11:59 p.m, and it’s all held virtually. The project to create a children’s museum in Salisbury has been on going, but Minds in Motion is determined to continue their efforts by still holding this event.

People who sign up can run the trails around Salisbury Park and the Zoo trails, and send in pictures to the Facebook page. The run can be completed in a 12 hour window, so there is plenty of time to run those 3.5 miles.

There will be no overall winners but will have pick ups for t-shirts at the local Christian Shelter in Salisbury Maryland.