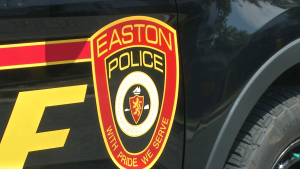 EASTON, Md. – Two people were arrested after being pulled over for allegedly driving impaired.

The car reportedly drove at a slow pace, went into a ditch, and then came out of it, and eventually ended up at Days Inn. Easton police officers say they arrived and found 25 year old Deep Patel, seeming incoherent with slurred speech.

Officers add, there was no alcohol detected on his breath, but he refused to take any tests and Patel was placed under arrest. Police allegedly suspected capsules of heroin on the passenger, which were found in the passengers wallet.