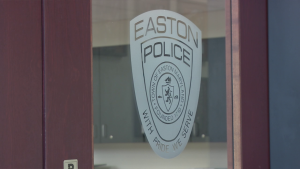 EASTON, Md. -Police say a man is behind bars after they responded to a reported assault at a Wawa gas station.

Officers tell 47 abc when they arrived, they spoke with the 35 year old victim, Sarah McKinney. McKinney reported her 34 year old boyfriend, Christopher Rockwell, punched her in the mouth causing her to fall to the ground and hit her head. She says her boyfriend fled the scene afterwards.

Police say Rockwell eventually returned and was arrested for assault. Rockwell told police, he allegedly ingested cds and felt ill, but this was later denied by an ER physician at Easton Memorial Hospital.

Officers say Rockwell was then taken to the Talbot County Detention Center and released into their custody.