Efforts to increase the amount of marijuana one can carry 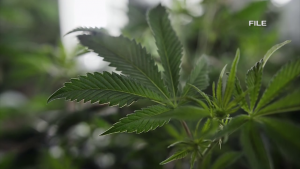 MARYLAND – Legislators are debating whether or not to pass a bill that will increase the amount of marijuana that can be possessed, from 10 grams to 1 ounce.
This states that a person in possession of less than 1 ounce of marijuana, will not face criminal charges, but a civil offense.

The debate about marijuana has been on-going for years, and with some delegates coming into office who state officials say, are more progressive and this bill could have a chance to pass.

However Maryland delegate, Wayne Hartman, representing District 38 says, one of the biggest concerns that comes with allowing someone to have a larger amount of marijuana is  impaired driving, and less productivity among people who use marijuana.

“It’s just a matter of public for me overall, public safety safety I think it’s a huge public safety factor and just societal issue and productivity and all those types of things,” says Del. Hartman. “All those issues, every little bit keeps adding up and at what point is enough enough, and I think we need to stand our ground on it.”

For now nothing is official but this bill go into effect as early as October 1st. If you are found in possession of more than the legal amount of marijuana, it is considered a civil offense and you can face a fine of up to $1,000.