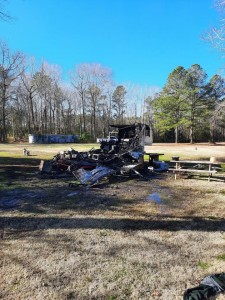 WICOMICO CO, Md. – Deputy Fire Marshalls have concluded their investigation on a fire that was caused by an accidental gun shot.

State Fire Marshalls tell 47 abc, their investigation determined a 52 year old man attempted to place a gun in a case, and it accidentally went off and hit a 30 pound propane tank.

The tank then ignited the inside of the home with the father and son still inside. Officials say the father and his 36 year old son were able to escape, but both sustained second-degree burns.

Both men were treated on the scene by EMS and the father was eventually transported to Johns Hopkins Bay-view Burn center. Fire Marshalls also say both men are expected to make a full recovery.

The investigation also determined there was no malicious intent and no charges were filed. The fire took 28 firefighters over 20 minutes to control, and the home was considered a complete loss.

Petition against DE House Bill 94, people say it could hurt restaurant employees rather than help