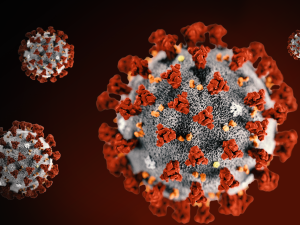 MARYLAND — On Thanksgiving Eve, police were able to stop a COVID positive nine-year-old Wicomico County boy from boarding a plane at Baltimore-Washington International Airport, after health officials couldn’t get a hold of the family.

Maryland state Police say health officials reached out to them at around 3 p.m.,  after they tried to notify the family of the positive case, but were unable to reach them. According to CNN, health officials were worried because the family was scheduled to fly out of BWI to Puerto Rico in less than two hours.

Within 15 minutes, State Police received a legal isolation and quarantine order from the health officer and got the two documents into the hands of officers at the airport.

Working together,  MSP were able to get the family’s description and  flight info to Maryland Transportation Authority (MTA). MTA were then able to locate the family within half an hour and get them in touch with health officials.

The family has not been identified and it is unclear when or why they were tested for the virus.

County health officials say the family has been very cooperative. We’re told they are home quarantining.