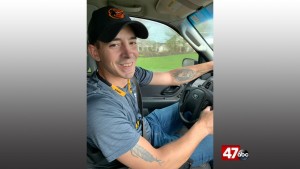 WICOMICO CO., Md. – A missing Pittsville man was found dead in Delaware on Wednesday, according to the Maryland State Police.

32-year-old David Hall was reported missing on December 3rd by his wife, who said she had not seen her husband since November 20th. Troopers say they conducted a domestic escort at the couple’s home prior, and we’re told at that time Hall left on foot with some belongings. He reportedly said he was being picked up by a friend, but did not give anyone his destination or direction of travel.

Since he was found in Delaware, Delaware State Police and Millsboro Police are taking over the investigation.

Information remains limited at this time, check back here for updates.