House votes to increase stimulus checks to $2,000 as measure moves to Senate 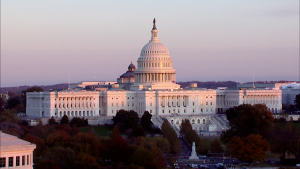 47 ABC – On Monday, the House voted to increase COVID-19 relief checks to $2,000 but the future of the effort is uncertain as it moves to the GOP-controlled Senate.

Democrats led passage, 275-134, with their majority favoring additional assistance as outlined in the Caring for Americans with Supplemental Help (CASH) Act of 2020. They had settled for smaller $600 payments in a compromise with Republicans over the big year-end relief bill President Donald Trump reluctantly signed into law.

“House Democrats have always favored sending more substantial relief to struggling families, and the CASH Act does just that. Increasing the second round of economic impact payments to $2,000 will make a real difference for Americans experiencing extreme financial hardship. Now that the House has approved these larger checks, it is up to Senate Republicans to do the same.”

“Even if the CASH Act does pass the Senate and becomes law, it must not be the last COVID relief we provide to workers and families. The pandemic will not suddenly disappear when the calendar turns to 2021, and the economy will not immediately make a full recovery. Congress will need to work with the Biden Administration to create new jobs, successfully address the public health crisis, and ensure that Americans have the support they require to get back on their feet.”

The vote divides Republicans who mostly resist more spending but many House Republicans joined in support, despite being wary of bucking the president. Senators are set to return to session Tuesday to consider the measure.

If the proposal to increase stimulus checks to $2,000 is signed, the overall cost of the stimulus bill would go from $900 billion to $1.36 trillion, according to House data released on Monday.