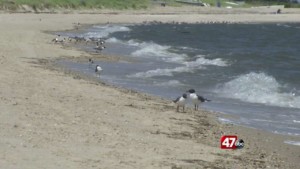 SLAUGHTER BEACH, Del. — Fire officials pulled five people to safety, after their boat got stuck off the coast of Slaughter Beach Wednesday afternoon.

Fire Chief Terry Jester from the Memorial Volunteer Fire Department tells 47ABC that just after 5:45 pm, the boat started experiencing motor problems after getting stuck in the marsh, as a result of rain and wind conditions.

We’re told with the help of the Milton and South Bowers fire departments,  fire officials were able to pull the boaters to safety.

Officials say no injuries were reported in the incident.