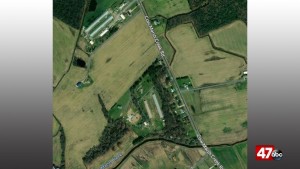 Troopers believe the incident happened in the 500 block of Cow Marsh Creek Road. The investigation revealed an unknown suspect shot at a residence with multiple people inside.

Fortunately no one was injured during the incident.

Anyone with information is asked to contact Det. J. Buzzuro with Delaware State Police Troop 3 Criminal Investigative Unit by calling 302-698-8502. Information may also be provided by calling Delaware Crime Stoppers at 1-800-TIP-3333