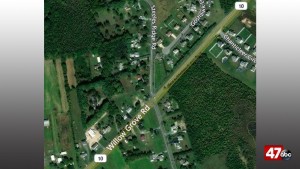 According to police, the accident happened just after 12:15 a.m., when a 1998 black Honda Accord was traveling eastbound on Willow Grove Road west of Steeles Ridge Road. We’re told the driver of the Accord approached a left curve, which he failed to negotiate. Authorities say the driver drove off of the road and struck a tree. After the initial impact, police say the car continued traveling east, striking a second tree. The Accord then reportedly rolled over several times, ejecting the driver.

The 23-year-old driver of Clayton was transported to a local hospital with life-threatening injuries and admitted in critical condition. He later died from his injuries at that hospital on Sunday evening. His identification is being withheld pending notification to next of kin.

Authorities say the roadway was closed for approximately 3.5 hours while the investigation was completed.

Anyone with information regarding this investigation should contact Det. J. Lane by calling 302-698-8457. Information may also be provided by calling Delaware Crime Stoppers at 1-800-TIP-3333.

The crash  remains under investigation.