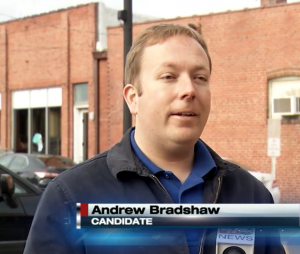 CAMBRIDGE, Md. —  Andrew Bradshaw will be Cambridge’s newest mayor after defeating incumbent, Mayor Victoria Jackson-Stanley in a run off election.

Bradshaw says some things he’s focusing on are youth development and bringing new ideas to the table. Bradshaw who is also a volunteer firefighter says there needs to be more transparency between the people and their city leaders. He’s also looking to improve the city’s spending so that they’re able to hire more police officers, among other things.

Hurlock fire has family okay, but all due to their dog