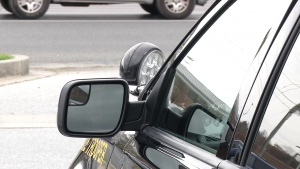 DENTON, Md. – Maryland State Police are investigating a multi-vehicle crash in Caroline County which occurred Thanksgiving evening, and took the life of a child.

Troopers from the Easton Barrack responded to a crash involving multiple vehicles on Rt. 404 and Rt. 480 near Denton. Officials say the troopers found three vehicles and requested assistance of the Maryland State Police Crash Team.

Police say the investigation indicates three vehicles were westbound on Rt. 404 approaching a red traffic signal. As two vehicles were slowing for the red light, a third vehicle, a 2010 Honda Accord driven by 23-year-old, Arthur W. Callaghna, of Chester, Md., neared, and the passenger in his vehicle stated that it appeared as if he was having some type of medical emergency and did not stop the vehicle.

The passenger reportedly grabbed the steering wheel to avoid collision, but the Honda struck the rear of a vehicle driven by 31-year-old, Curtis Fugate of Port Republic, Md. The force of the impact sent Fugate’s vehicle spinning and the vehicle hit the side of another vehicle, drive by 66-year-old, James Perone, of Lewes, Del.

EMS responded to the scene and requested two Maryland State Police helicopters. A one-year-old in a child safety seat in the back of Fugate’s vehicle was transported by helicopter to Johns Hopkins Hospital. The child, Loretta Fugate, passed away at the hospital.

A second Maryland State Police helicopter transported Callaghna to Johns Hopkins Hospital.  His condition is unknown at this time.

Charges have not been filed due to the ongoing investigation of the cause of the crash and surrounding circumstances. Upon completion of the investigation, the Maryland State Police Crash Team is expected to be consulting with the Caroline County State’s Attorney’s Office regarding charges.

The investigation is continuing.