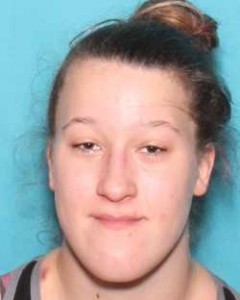 HARRINGTON, Del. – The Harrington Police Department is asking for the public’s help in finding 20-year-old Destiny Santangelo, who police say was involved in a home invasion.

Police say on Wednesday, they responded to a home in the 100 Block of North West Street for reports of that home invasion. While investigating, police say they learned one female and two male suspects kicked the door in, and then went into the home. Once they were inside, the suspects allegedly assaulted two victims inside of the home, one of them with a crow bar, then fled the scene before police arrived.

Police say their investigation led them to identify Santangelo as a suspect, who already has other warrants out for her arrest, including warrants for burglary of the second degree and assault.

Anyone who may know where she is is asked to contact the Harrington Police Department at 302-398-4493.