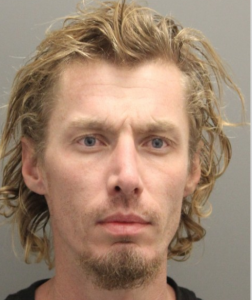 SEAFORD, Del. – A 37-year-old man is facing a slew of charges after police say he led them on a chase in a stolen car in Seaford.

Police say on Wednesday just after 3:30 in the afternoon, a family member went to a relative’s home to check on things and that’s when he realized a 2012 Nissan Versa was missing. The relative reported it to police before the car was seen driving on Milford Harrington Highway.

As police attempted to stop the driver of the car, they say the driver kept going and eventually crashed in the area of Deep Grass Lane and Thistlewood Road. Police say the driver was identified as Jesse Nichols and several pieces of stolen jewelry and property from the home were also found in the car.

He now faces charges that include burglary and theft of a motor vehicle.