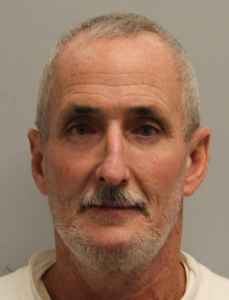 Police said around 7 a.m. they reported to Benson Rd. for a reported burglary of a John Deere tractor that was stolen from inside a detached garage sometime between Thursday evening and early Friday morning.

We are told as police were investigating, a John Deere tractor matching the description of the stolen tractor drove past the trooper on Pine Haven Rd.

Police conducted a traffic stop and the driver, 43-year-old Raymond E. Justice, was contacted and a criminal investigation happened.

Officers said when they searched Justice they found drug paraphernalia and around 0.04 grams of crack cocaine.

Justice is now facing charges that include burglary, theft of a motor vehicle, possession of a controlled substance, and possession of drug paraphernalia.

Justice was arraigned in the Justice of the Peace Court #2 and committed to Sussex Correctional Institution on a $12,400.00 cash bond.

"Less is no longer acceptable:" HBCU's write letter to encourage passing the Build Back Better bill