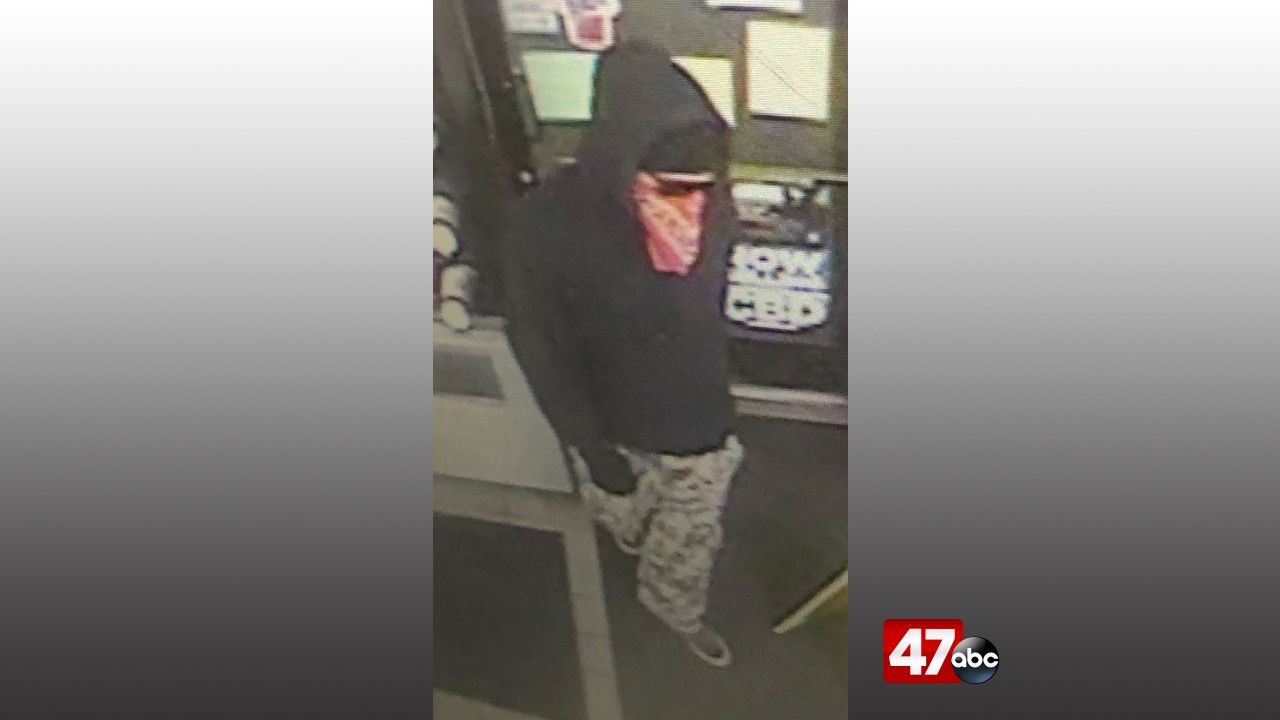 MILFORD, Del. – Police in Delaware are asking for the public’s help in identifying the suspected wanted in connection to a gas station robbery that happened Saturday night.

We’re told the suspect entered the Shore Stop Valero located at 1885 Bay Road in Milford at around 9:30 p.m., approached the counter, and demanded cigarettes and money. The cashier complied, and the suspect fled the store with an unknown amount of merchandise and cash.

The suspect reportedly implied that he had a weapon, but none was displayed. No one was injured in the incident.

The suspect is described as a male, approximately 20 to 30 years old, thin build, and approximately 5’10”. He was wearing military-style pattern pants, a black hooded sweatshirt, black gloves, a red bandana, sunglasses, and a black beanie hat.