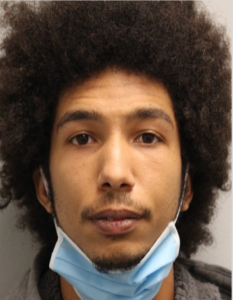 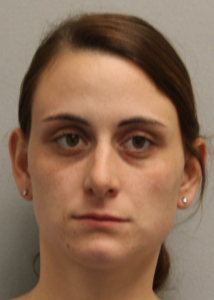 Police said around 12:35 p.m. they saw a blue Chevrolet Malibu, in Milton, driving westbound on Pettyjohn Rd. and found that the car was driving above the speed limit.

The police officer made a traffic stop and made contact with the 26-year-old driver, Jeremy Jones, and the 24-year-old front seat passenger, Melissa Bliss.

We are told the officer smelled marijuana from inside of the car.

A probable cause search happened and officers said they found a loaded 9mm semi-automatic handgun, approximately 15.4 grams of marijuana, .322 grams of heroin, 23 Oxycodone pills, 2 Ecstasy pills, and over $500 in suspected drug proceeds.

Bliss and Jones are now facing charges that include possession of a firearm during the commission of a felony, carrying a concealed deadly weapon, possession with intent to distribute a controlled substance, and possession of drug paraphernalia.

Bliss was arraigned before the Justice of the Peace Court #3 and committed to the Delores J. Baylor Women’s Correctional Institution on $10,000 secured bond.

Jones was arraigned before the Justice of the Peace Court #3 and committed to the Sussex Correctional Institution on $10,100 secured bond.

"We are getting about 500 new enrollments every week:" New enrollment period for health care coverage in Maryland due to COVID-19