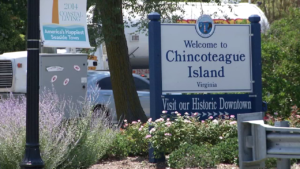 CHINCOTEAGUE, Va — The town of Chincoteague says after much consideration, they have decided to cancel’s this year’s Old-Fashioned Christmas Parade.

The Chincoteague Chamber of Commerce Board of Directors made the announcement on Tuesday.

The annual holiday parade was originally scheduled for Saturday, December 5th, but with the new state guidelines limiting all public and private in-person gatherings to just 25 people, town officials believed that cancelling the holiday event was for the best.

Town officials say they know this is another disappointment, but are already working on some other special happenings for the holidays. To stay up to date on details, just visit here.