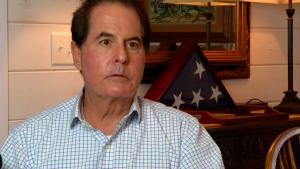 SUSSEX COUNTY, Del. – The unofficial results are in for the Sussex County Council District 3 seat. They indicate that former Smyrna Mayor Mark Schaffer won the race with 16,547 votes.

While many other local races were spoken for Tuesday night, the Sussex County Department of Elections says they had to take extra time to make sure they had all the votes for Drago. That process includes a special computer system, that helps to make sure that voters casting their votes for Drago were registered in District 3. “What it does is creates a bucket. So if you’re in the correct district there will be a bucket that appears on our screen. If you have a variation of Patricia Drago and the intent is there then we’ll drop that into the bucket and she gets a vote,” said Sussex County Department of Elections Director Bo McDowell.

As for voter turnout, McDowell says that yesterday’s numbers smashed county records. About 130,000 voters cast their vote, which is a 70% turnout. McDowell adds that more than 85,000 voters cast their ballots in person and 44,000 sent in absentee and vote by mail ballots. McDowell also says they put out 62 more voting machines than in the last election and hired about 250 additional employees to help keep lines moving and voting areas sanitized.