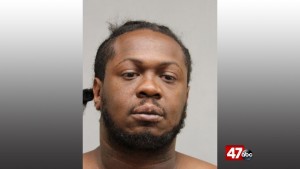 LAUREL, Del. – Police are searching for a 34-year-old man from Lincoln who allegedly shot a woman in Laurel just after midnight on Tuesday.

According to the Laurel Police Department, they responded to Little Creek Apartment Complex along with Delaware State Police around 12:50 AM for a shooting complaint. Officials say they found a female victim with an apparent gunshot wound. They say the suspect, Otis Williams, fled the scene after shooting the woman. Williams is actively wanted on felony charges related to this investigation. Police say Williams is considered armed and extremely dangerous.

Anyone with information related to this incident or the whereabouts of Otis Williams is asked to call 911 for emergency police assistance. They may also call the Laurel Police Department at 302-875-2244, attention Det/ Sgt Tyler Bryan or Patrolman Lieber. Information may be forwarded to the Delaware Crime Stoppers at 1-800-TIP-3333.

Officers provided first aid to the victim until EMS arrived on scene. The victim was taken to Nanticoke Memorial Hospital to be treated for her injuries. Police did not provide details on her current condition.