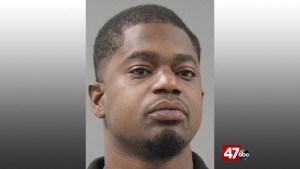 MILLVILLE, Del. – A Georgetown man is facing charges after police say he assaulted one of his co-workers at a Millville restaurant on Saturday.

Delaware State Police responded to the Italian restaurant, Al Casapulla’s on Atlantic Avenue,  around 3 PM. They say Dorian Armstrong drove to the restaurant on his day off, walked into the kitchen and got into a fight with a 38-year-old male co-worker. The fight reportedly turned physical and police say the 37-year old hit the victim multiple times before the victim got Armstrong on the ground. The two separated and Armstrong was met by police officers in the parking lot.

Armstrong also reportedly pushed two other female coworkers during the incident. He’s facing three charges including felony Assault 2nd Degree and two counts of offensive touching. He was arraigned and is being held at Sussex Correctional Institution on a $5,200 secured bond. Police did not say what caused the argument.