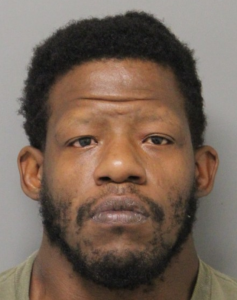 Police said around 8 p.m. they were doing a proactive patrol in the area of Dove Rd, and saw 34-year-old, Dwight Berrian, walking westbound on the eastbound lane of Dove Rd. near Middlecord Rd., not carrying a flashlight.

Police said they made contact with Berrian for a traffic violation, and they smelled alcohol and marijuana.

Officers said they found a marijuana grinder with approximately .62 grams of marijuana inside and a blue switchblade knife that was longer than 3 inches long.

Police said they found out that Berrian was not allowed to possess any deadly weapons.

Berrian was arraigned in Justice of the Peace Court #3 and committed to Sussex Correctional Institution on $5,150 secured bond.