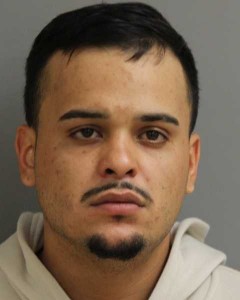 SEAFORD, Del. – A Seaford man is facing charges after police say he had several warrants out for his arrest and then led police on a chase when they tried to stop him.

Police say on Tuesday an officer saw Christopher Viruet driving in Seaford, and, knowing he had warrants out for his arrest, attempted to stop him. That’s when police say Viruet fled from the officer, and led him on a chase through several streets in Seaford.

Once coming to a stop, police say Viruet then fled on foot, running to a home on North Pine Street. He was finally caught and arrested, and he now faces charges that include possession of a firearm by person prohibited and resisting arrest.