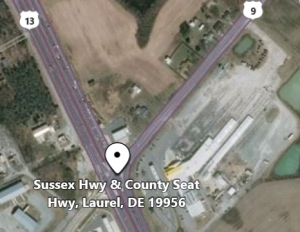 Police said a 33-year-old female, from Greenwood, was driving a 2013 Ford Flex northbound on Sussex Highway in the left lane north of County Seat Highway.

Police said a 63-year-old woman, from Cliffside Park, NJ, was trying to cross Sussex Highway on foot, and was directly in the path of the Ford Flex.

We are told the driver of the car was unable to avoid the woman on foot and the front right bumper hit her within the left lane.

Police said after the impact, the car stopped on the shoulder of Sussex Highway.

We are told the pedestrian was pronounced dead at the scene. Identification is pending notification of next to kin.

Police said the driver of the car was not injured.

The investigation is ongoing and anyone with information regarding the crash is asked to contact Delaware State Police at 302-644-5020.