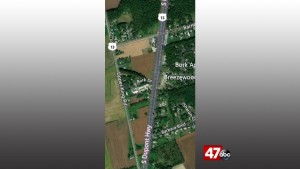 The pedestrian, a 65-year-old from Felton, was said to be wearing dark clothing and was reportedly lying on the road, in the southbound lane.

Police say that the driver failed to see the pedestrian lying on the road and hit him. After the crash, the driver came to a controlled stop and waited on scene.

The pedestrian was later  pronounced dead at the scene and identification is pending notification of next to kin.

The operator was not injured in the accident.

US 13 southbound was closed for approximately 3.5 hours during the investigation and clean- up.

The investigation is ongoing and anyone with information regarding the crash should contact:  Sgt. John Wheatley at 302-698-8518.