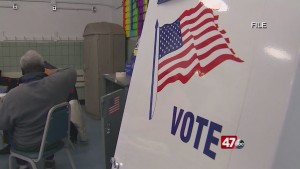 SMITH ISLAND, Md. — Some residents on Smith Island say they are outraged after the Somerset County Board of Elections decided they will not open any polling locations on the island this November for the 2020 general election.

That means the only way smith islanders will be able to vote in person, is if they catch a boat ride to Crisfield. But, the ferry to the mainland only runs from 7:30 a.m. to 12 p.m.

In an effort to have them reconsider the decision, State Sen. Mary Beth Carozza, Del. Charles Otto and Congressman Andy Harris, are all calling on the county board to allow for in person voting.

In a letter sent by Senator Carrozza to the board,  she writes that community leaders and residents of Smith Island have expressed that the denial of in-person voting on Smith Island, will minimize voter participation for those who wish to exercise their right to vote in-person.