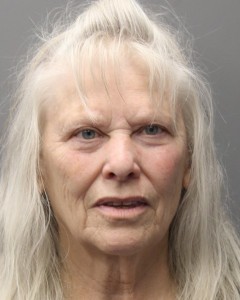 Police say the incident occurred at approximately 8:06 a.m on Saturday at a residence in the 100 Block of North St.

Police say Coursey grabbed a loaded handgun and pointed it at the woman and threatened to hurt her.

The woman then left the house and called the police.

Harrington Police found Ms. Coursey inside and took her into custody without incident.

Coursey was transported to the Harrington Police Department for processing where she was charged with Possession of a Deadly Weapon during the Commission of a Felony, Aggravated Menacing and Terroristic Threatening.

She was arraigned via video phone at Justice of the Peace Court 7 and was released on her Own Recognizance pending a future court appearance.