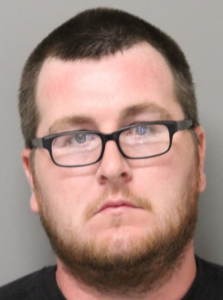 SEAFORD, Del.- Delaware State Police arrested a 31-year-old man after a traffic stop led to the discovery of drugs and ammunition Saturday night in Seaford.

Police said they did a traffic stop on Randall Hill Jr., of Seaford, who was driving a white Ford pickup truck on Concord Pond Rd.

Police said before the traffic stop Hill was involved in criminal activity.

When police searched the car, they said they found approximately .168 grams of Heroin and a 12 gauge shotgun shell.

Hill was taken into custody without incident and found out that he was prohibited from possessing ammunition.

Hill was arraigned before the Justice of the Peace Court #3 and released on $6,000 unsecured bond.