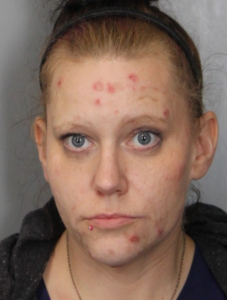 Police said they initiated a traffic stop, but Dellandre failed to stop and fled onto Lone Cypress Rd.

We are told Dellandre decided to stop in the area of Lowed Crossing Rd. and Careys Camp Rd. where she then got out of the car and was taken into custody.

Police said a 15-year-old was also in the car, but they were not harmed.

Police said the driver was driving under the influence.

Dellandre is now facing a slew of charges that include endangering the welfare of a child while driving under the influence, possession of marijuana and drug paraphernalia, and numerous traffic violations.

Dellandre was arraigned before the Justice of the Peace Court #3 and released on $4,006.00 unsecured bond.