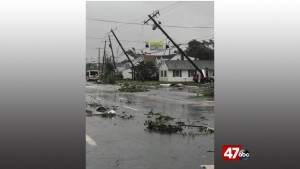 DOVER, Del. — The National Weather Service has confirmed that an EF1 Tornado touched down in Dover in the midst of Tropical Storm Isaias Tuesday morning.

Weather officials say the tornado started in the area of Sorghum Mill Road in Kent County around 8:50 A.M., and ended in Middletown in New Castle County around 9:30 A.M. According to the NWS, this is the longest tracked tornado in Delaware State history since records started in 1950. It traveled 29.2 miles in the state during the duration of the storm.