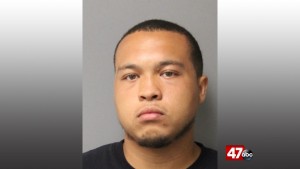 Police stopped Taylor and odor of marijuana was detected. Residue and paraphernalia were also found inside the vehicle.

Taylor told Police that he did not have a tint waiver.  When Trooper asked Taylor to exit the vehicle, a Glock 19 9mm handgun fell on the ground.

A further search of Taylor led to the discovery of approximately 1.54 grams of marijuana.

Taylor was taken into custody without further incident and transported back to Troop 4 where he was charged with the following:

Taylor was held at Justice of the Peace Court and released on $13450.00 unsecured bond.