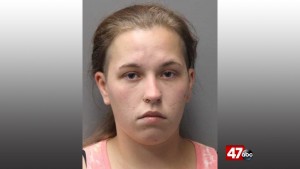 HARRINGTON, Del. – A Dover woman is facing multiple charges after police say they caught her driving with guns and drugs on Wednesday.

Harrington police say they pulled over Erica Row after seeing the registration on her car was flagged and the registered owners had felony arrest warrants. Officers say when the 23-year-old stopped they noticed there was a gun and a knife in the center console of the car.

Police say they also found marijuana in the car.

Row faces charges including Carrying a Concealed Deadly Weapon and Possession of Marijuana. She was released on her Own Recognizance pending a future court appearance.