Former county employee hopes to be hired for county executive 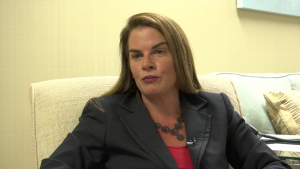 SALISBURY, Md. – Among the three remaining candidates left in the running for the Wicomico County Executive job, former county employee Michele Ennis may be the most familiar with the job.

She says because of that experience she feels she would be the best candidate for the job because her learning curve would be much smaller than her competitors.

“Let’s look at our qualifications, let’s look at what we are, and let’s bring to the table what we can be. We got 15 months with the council and myself or the appointed executive to meet all the goals before we’re going to go another possible change. So let’s be responsible and do it right,” Ennis said.

Ennis says some of her top priorities would be building relationships with local municipalities and building up the communication between the county council and the executive’s office.

All three candidates are set to interview Thursday night at 5:30 in front of the council at the Civic Center.