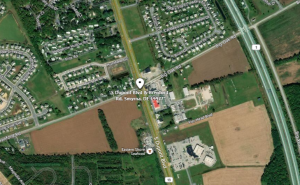 Police said the pedestrian may have been in a low lying position when she was hit by the car.

We are told Clark was pronounced dead at the scene. She was turned over to the Delaware Division of Forensic Science for further investigation.

Anyone who has information regarding the crash or the car that left the scene, is asked to call Delaware State Police at (302)-698-8451.