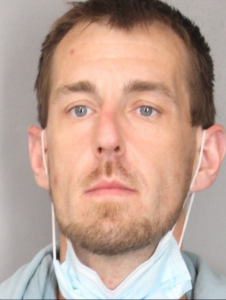 LINCOLN, Del.- A man is facing a slew of charges after allegedly stabbing a woman Friday evening in Lincoln.

Police said they responded to the area of Cedar Creek Rd. and Heritage Rd. for a reported stabbing inside a car during a domestic incident.

Police said when they arrived 39 year-old, Jason Evans’, car was on the shoulder of Cedar Creek Rd.

They said they found a 40-year-old Milford woman outside of the car bleeding with cuts to her head and face.

Police said Evans was sitting unconscious in the front passenger seat of the car from an overdose.

Officers said they gave Evans Narcan, and both Evans and the victim were transported to the hospital for medical treatment.

Police said that Evans and the victim had a argument while driving, and during the argument Evans allegedly began physically assaulting the victim by hitting her in the face and pulling her hair.

We are told the victim was then cut on her head and face by Evans with an unknown object described as a possible razor blade.

Evans was arraigned in Justice of the Peace Court #3 and committed to the Sussex Correctional Institution on $63,000 cash bond.