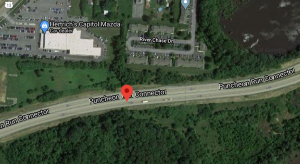 Police said he was driving fast when he approached a left turn and then failed to get around the turn causing him to travel off the south edge of the road and hit a guardrail.

Officers said the male was pronounced dead at the scene. His name is being withheld at this time pending the notification of next of kin.

If anyone has information regarding the incident, they are asked to call Delaware State Police at 302-698-8457.