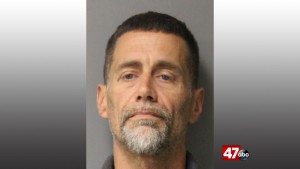 Troopers say 52-year-old Mark Drummond of Lewes is now behind bars after fleeing the scene of a crime.

Troopers say they were called to a residence in the 34000 block of Chippewa Drive in Dagsboro just before 4:30 p.m. for a reported stabbing. Drummond had a verbal and physical altercation with a 52 year-old male victim from Dagsboro and fled the scene after.

We’re told there was also a juvenile in the residence during the incident who was unharmed. The victim was treated at a nearby hospital for non-life threatening injuries.

He was arraigned before the Justice of the Peace Court and committed to the Sussex Correctional Institution on $74,000 cash bond.