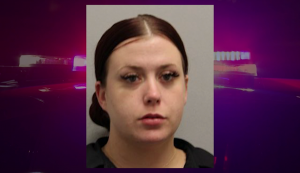 REHOBOTH BEACH, Del. – A woman is now facing drug charges following a traffic stop in Rehoboth Beach. According to State Police, around 7 AM Sunday,  a person called in to report an aggressive driver on John J. Williams Highway. The driver, now identified as 28-year-old Kelsey Marks, was allegedly driving over the double yellow line several times and was passing cars through a no-passing zone. When police pulled Marks over they say she appeared to be under the influence. After searching her car troopers say they found suboxone and other drug paraphernalia. Marks was arrested and charged with possession with intent to deliver a controlled substance, driving a vehicle under the influence of a drug, drive in proper lane and direction, failure to obey a traffic control device, failure when moving right, left, or turning to signal continuously.