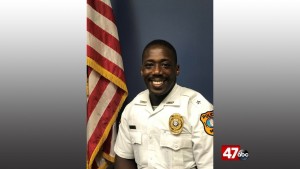 Milton, DE – There is new leadership in a town in Delaware, according to a police department’s Facebook post.

On Friday, the Milton Police Department introduced their new police chief, Chief Derrick Harvey. According to the post Chief Harvey was promoted from being a captain in the department, with 16 years of experience in Milton law enforcement.

Chief Harvey is filling the seat of the town’s last chief, Chief Robert Longo, who resigned in March, 2020 after holding the title for four years.

The post says Chief Harvey “continues to demonstrate leadership and dedication to serving the Milton community.” They add that he “portrays unwavering professionalism, leadership and integrity.”

A pinning ceremony will be held on Wednesday, August 5th at 11 a.m. in the Gazebo at Milton Memorial Park. The public is invited to attend, while following Delaware State of Emergency guidelines.

According to the Town Manager, Christi Rodgers, Harvey is the first African-American and person of color to hold the title of police chief in Milton.